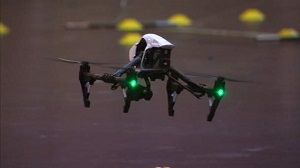 Adele Robinson, Midlands Correspondent – Drone related calls to the police in England have risen by more than 2,000% in the last three years, Sky News has learned. Freedom of Information figures show in 2013 officers recorded 19 calls compared to at least 461 in 2015 and in the last year the number rose by over 160%. Just half of police forces in England that Sky News contacted responded to the request. An increase in public use of drones has been accompanied by, in many cases, a lack of awareness about airspace and privacy laws. Official clubs say they are working with the Civil Aviation Authority and retailers to generate a greater awareness of regulations.

Nigel Tomlinson, Chairman of the British FPV Drone Racing Association, says more legislation will not solve the problem. He said: “The legislation is already there to govern these things and the safe use of them and how to use them properly. I think the sport and the technology of drones has grown so fast that the education hasn’t caught up with it. “Part of the problem is people can buy these off shelves on the high street and they don’t understand the law on airfields. We just need to help educate people so they can use these things safely.” 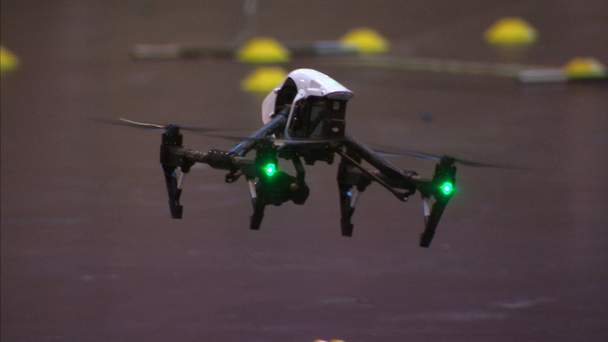 Meanwhile, pre-Christmas sales of drones are expected to hit an all-time high. James Bowles, a drone racing British champion, is urging users to act responsibly. He said: “They’re not just a toy… you just need to have some common sense and safety rules. Don’t fly near people, don’t fly over buildings, certainly don’t go near roads. “You see people flying over roads and it’s just not sensible. At any moment these can drop out the sky, and no matter how much you prepare you need to be ready for that. You need to fly responsibly.”

In September, Nigel Wilson became the first person in England to be prosecuted by the CPS for illegally flying drones. The 42-year-old from Bingham in Nottinghamshire admitted nine breaches of filming footage over football grounds and tourist attractions.

Professor David David, from the University of Birmingham, says it is very difficult to bring about prosecutions because of the anonymity of drone flying. He states, “The regulation and the practice of dealing with drones is way behind the technology so there are laws there but the laws are largely ignored. When these things are recovered there’s no way of tracing who did this so anyone who loses a drone in those circumstances wouldn’t come forward and say so. So it’s very difficult to bring prosecutions … there’s no deterrent and if there’s no deterrent the practice carries on. We licence a whole variety of things that are less dangerous than drones and yet there is no attempt to chip or regulate drones in any meaningful way.”

The CAA provide a “dronecode” telling users not to fly higher than 400ft, or near aircraft or airfields, and always keep eyes on the drone. The law also stipulates that drones fitted with cameras must not be flown within 50 metres of people, vehicles, buildings or structures, or over large gatherings.

Order your #business #logo that will light a fire in your customers.🔥
Order here> https://cutt.ly/yOqNb5S

@phoebetaylorxo Nice! I have to Google many airport codes as I'm not #AvGeek enough - try as I do.